The status of citizen of the United States is coveted throughout the world. The right to live freely here and help relatives to immigrate here as well is a cherished opportunity sought by many. At Paul J. Alvarado PC, I understand how fervently my clients long to live the American dream. Drawing on substantial experience, I help lawful U.S. residents complete the requirements to become full citizens of the United States by fighting for them at each step of the process.

In order to be considered for citizenship, a permanent resident must demonstrate “good moral character.” While this does not require a showing of extraordinary virtue, it is a heavily weighed factor, and even a minor brush with the law can be a major impediment. I understand how the United States Citizenship and Immigration Services (USCIS) interprets “good moral character,” and can present your story in the best possible light. I am also experienced at having criminal records expunged, and can often accomplish that before the application process begins. With Paul J. Alvarado PC supporting your citizenship application, you know you have a determined advocate fighting for you.

Contact a diligent Georgia attorney for help with citizenship

If you wish to become a U.S. citizen, I will work tirelessly on your behalf. To schedule a consultation with Paul J. Alvarado PC at my Valdosta office, call me at 229-244-5822 or contact me online. 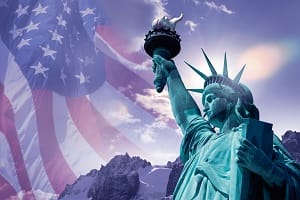 Call Today for a New Life